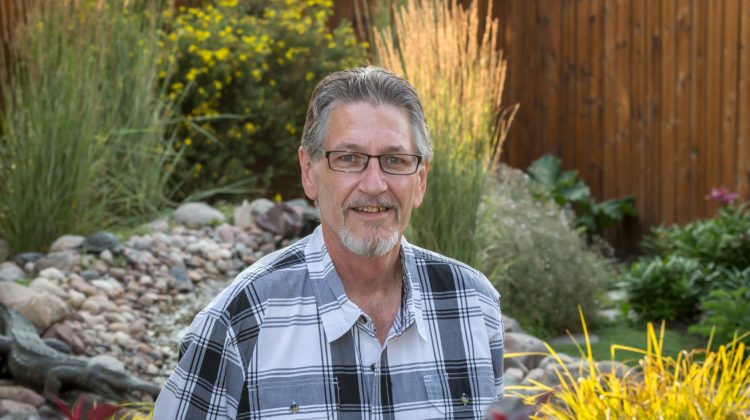 Erik Hansen is running in Battlefords-Lloydminster for the NDP. [Erik Hansen, supplied.]

Erik Hansen will be running under the NDP banner this federal election as he seeks his first seat in national politics.

While this is the first federal post Hansen is running for, he previously served on the Town of Unity Council from 2011-2013. He also, before retiring, spent time working in heavy industry parts sales with  PNG Globe Envelopes and Waterous Detroit Diesel. In 2009, he moved back to Unity where he worked in the agriculture sector at Moody’s Equipment.

Hansen has also been active in several social causes, lobbying the City of Edmonton to address the affordable housing crisis and on an idea of using the former Coliseum building as a shelter centre. He is also currently active on the Battlefords-Lloydminster EDA executive.

If he is elected to sit in Ottawa, Hansen says he would like to step up for working people, as he believes too much of the focus in Parliament has been on catering to corporate interests, leaving them behind.

“I applaud businesses that come into our areas, wherever we live, and build there, or choose to manufacture in our neighbourhoods. I get it, I do, but they have a responsibility to the society that provides their profits through their labour or the spending [from] their labour.”

Hansen says among his focuses as an MP, if elected, would be furthering and supporting public healthcare education, proportional electoral reform, infrastructure renewal, responsible care of the environment, and the social welfare of marginalized people, including Indigenous self-determination.

He explains that rather than just talk about these items, governments should work within communities and government, especially across the aisle, to build up society.

“We need to work together if we’re going to make this world better, instead of worse. In my lifetime, I’ve seen it get better and worse, and now we’re in the worse times right now, and if we don’t have, like I said, those discussions, we can talk about ideas that are put forward in platforms, but we actually have to implement them.”

Hansen also notes that he feels there is quite a bit of disinformation making the rounds in political talk right now, and an effective government would work to reduce rhetoric and build understanding.

He also wants to encourage young people to talk about what they see in political circles as he believes they have been susceptible to this disinformation frequently.

“I want young people to talk to me, because right now they’re buying into this garbage, this noise on the internet, that just steers them into the wrong direction. It’s not helping them, and I just want to be helpful, I want to have those discussions. I keep saying it, but that’s just the way it is.”

Erik Hansen is on the ballot with the Conservative Party’s Rosemarie Falk, Larry Ingram for the Liberals, Ken Rutherford of the Maverick Party, Terry Sieben of the People’s Party of Canada and Kerri Wall of the Green Party. The cutoff for candidates to apply to run is on September 1st.