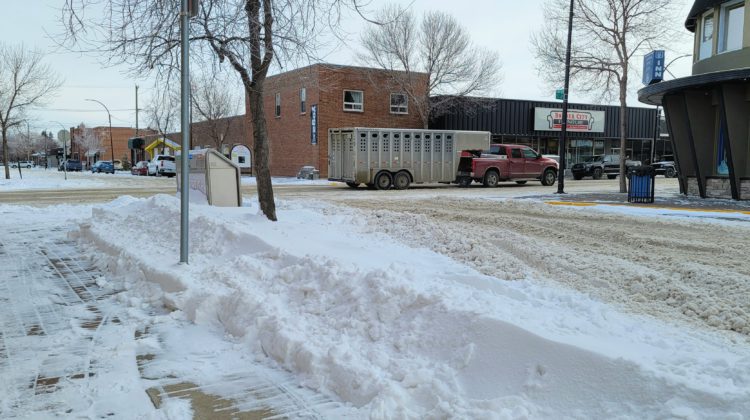 With Priority one areas complete, the City says crews are clearing snow in the green curbside collection zone, that’s areas north of 44 Street bounded by 75 Avenue to the west and 40 Avenue to the east. Sidewalk plows and sanders are also out on Priority two areas while graders work on gravel and service roads.

Wednesday night crews removed snow from 49, 50 and 51 avenues in the downtown area and will continue again Thursday night. Officials are asking that residents’ vehicles not be parked on the streets as they push ahead with snow plowing.

Crews are also working on residential intersections in the Parkview and College Park areas, along with the orange collection zone, that’s areas east of 50 Avenue on the Saskatchewan side bounded by 44 Street to the north and 25 Street to the south.

The curbside collection map can also be viewed on the City’s website.