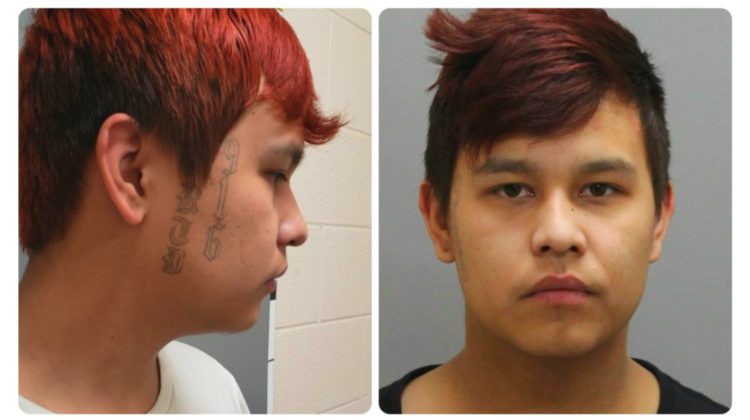 The Saskatchewan RCMP Major Crimes Unit is continuing to search for Javon Moosomin.

A warrant was issued for his arrest on October 21st following a shooting death in North Battleford.

As investigators conduct their efforts to locate the suspect, they think he could be in Lloydminster, North Battleford or Edmonton.

Javon Moosomin is 5 feet 11 inches and 180 pounds. He has brown hair and brown eyes. He has a tattoo containing letters and the numbers ‘916’ on one cheek. Police believe Moosomin may now have a tattoo of a cross on his other cheek, which is not shown in the attached pictures.

Police say Moosomin should be considered armed and dangerous. If anyone sees this suspect, do not approach him. Call 911 immediately.

Anyone with information on his whereabouts is asked to contact their local police service or anonymously through Crime Stoppers by calling 1‐800‐222‐TIPS (8477).