Lakeland performing arts to put on Shrek the Musical 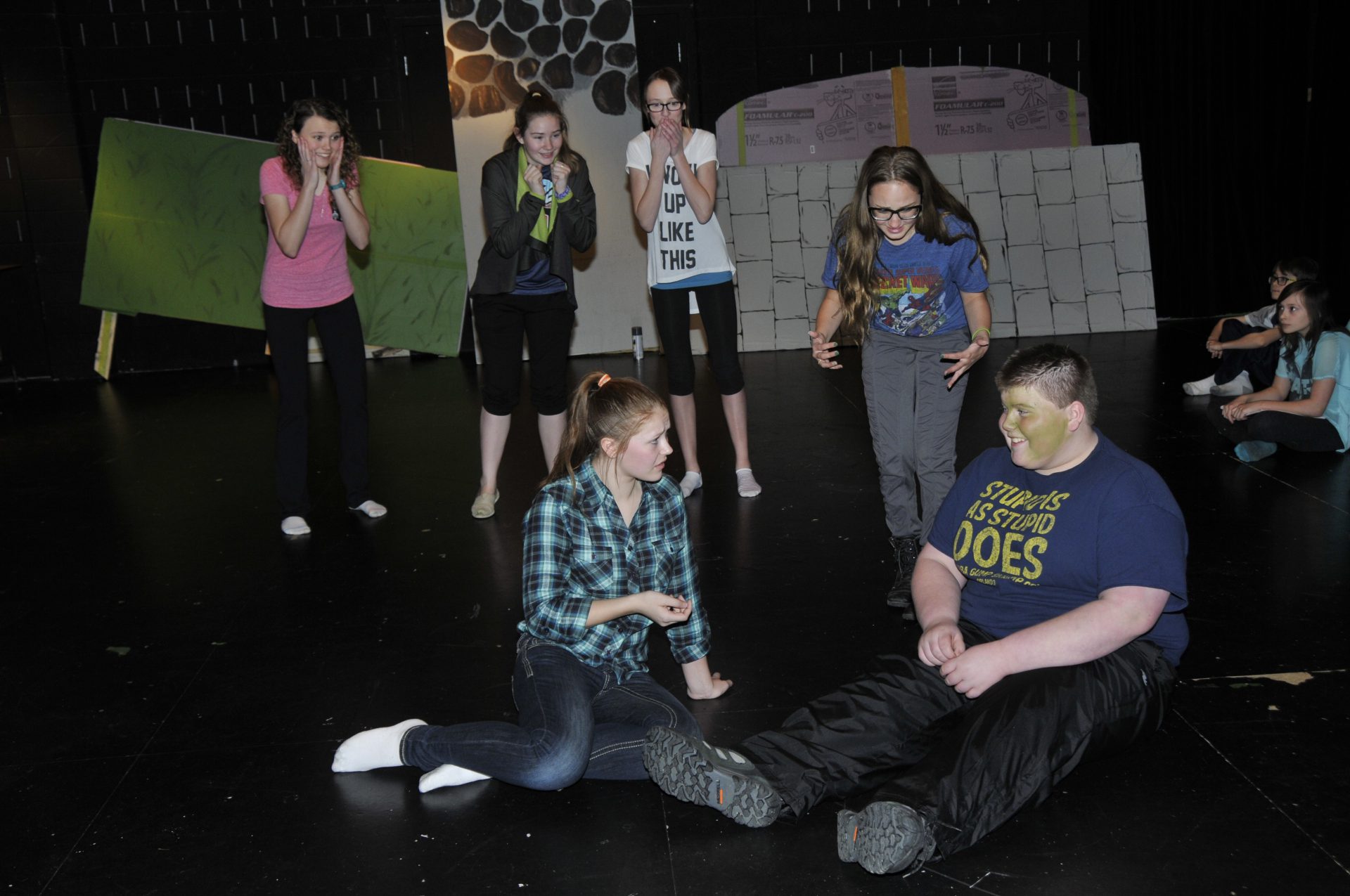 Kids’ theatre program is gearing up to take Shrek from the swamp to the stage.

Lakeland College performing arts department’s upcoming production is Shrek the Musical, Junior. The audience will be able to see all their fairy tale favourites and of course, Shrek and Donkey.

The show, directed by Kathryn Edwards, will take the stage from Friday, March 18th through ti Sunday, the 20th at the Vic Juba Community Theatre, at Lakeland’s Lloydminster campus.

The cast has been practicing since September and actors Lane Nidish and Victoria Marmulak are excited to perform in front of a live audience.

Playing Shrek has been an entertaining challenge for Nidish.

“You really have to connect with your character–you have to be the character,” he says, noting that he uses a Scottish accent throughout the performance.

This performace follows a very successful performance of Annie Junior in January by the junior members of the Theatre for Kids program.

The show will run at 7 pm the 18th and 19th, and at 1 o’clock on the 20th. Dinner and brunch packages are also available.