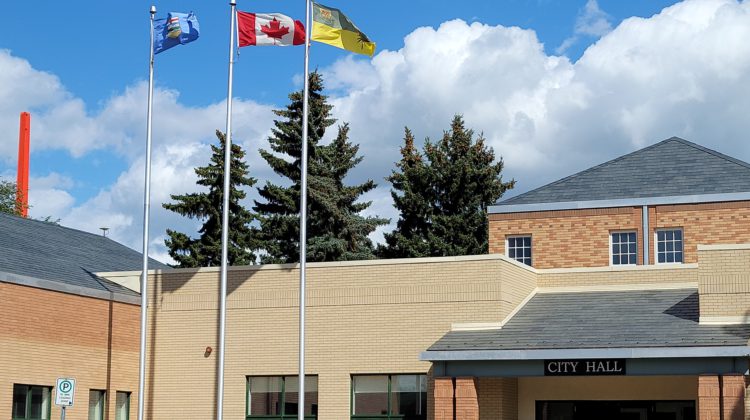 The Lloydminster City Council, in a special meeting on Thursday, determined a new arena will find its home in the City’s southeast.

The city took the first step, selecting the home just east of 40 Avenue, in order to bring the project out infancy phases and into a design phase. Also, the city will be able to apply for the $33 million in grant funding for the project, via federal and provincial avenues.

Mayor Gerald Aalbers, in a statement Thursday, reiterated that the Centennial Civic Centre is coming close to the end of it’s natural life, and along with a need to replace the popular recreation destination the new arena proposal represents what he calls a transformational development for Lloydminster.

While still being mapped out, there are plans for an event and community arena, while the larger site proposal makes room for slo-pitch amenities, leisure-focused development and commercial business space.

Later this year, the city says a stormwater pond will be developed on the site, which will be integrated into the design of the district, including potentially incorporating a trail system.

Aalbers also noted that the city took a great deal of consideration to make an arena site that made good logistical sense for residents and generates long-term economic benefits.

This chosen site beat out proposals of a new arena north of 57 Street, south of 62 Street and east of the LloydEx grounds or west of 75 Avenue, north of the rail line and south of 67 Avenue.

The total costs of this project, using 2022 prices for material and rates, is pegged at an estimated $51 million. It is expected to be completed and open by the end of the third quarter in 2025.

As the city plans, they also will be holding a large-scale community engagement campaign, slated for early 2022.