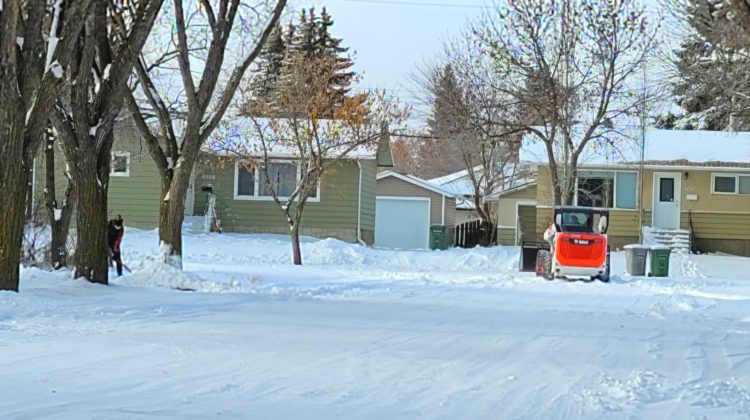 When plows hit the streets, they will be following a pattern similar to garbage pickup. Snow removal will begin in the yellow and blue zones, then workers will work in the pink zone on Tuesday, followed by work in the green and orange zones. This work will be alternating, so as to make room for regular curbside collection operations.

In most residential areas, snow will be plowed into windrows along the street’s centre and picked up by snow blowers and loaders. Removal of windrows typically occurs within 24 hours. In total, this process is expected to take four weeks, provided winter weather doesn’t make it so that crews need to re-hit priority one and two roads.

In the meantime, residents are encouraged to know their responsibilities during snow removal. Property owners and tenants are reminded to remove all snow and ice on their driveway, clear paths on sidewalks near their home and one meter around any fire hydrants on their property.

Garbage carts, vehicles and other obstructions should be off the street before crews arrive and signs wull be 36-48 hours before snow removal begins.

People also shouldn’t throw snow and ice onto the streets when clearing their area. When driving, they should keep back eight feet from plows. Parents must make sure their kids aren’t near large equipment and snow piles throughout the snow removal process.

The City does not expect snow removal to impact regular curbside garbage collection. Residents are asked not to put garbage bins out until after 7 PM the night before garbage day and have all containers removed from the street before 7 AM after the trash is collected.