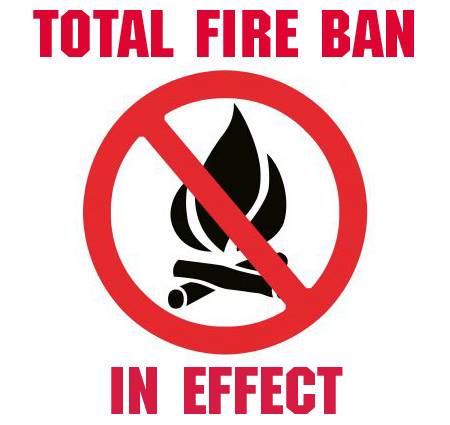 As of Monday, April 18th at 10:00 a.m., Britannia Wilton Fire Department Captain, Aaron Buckingham issued a release notifying the region of the ban, which covers all open fires, camp fires, and burn barrels, as current conditions are simply too dry and things can quickly get out of hand.

The Department has reported to 3 grass fires in the last week. There was a large grassfire near Paynton Monday afternoon as well.

“There are substantial fines for those that would defy the fire ban. So the best case scenario of course, is to absolutely abide by the rules, don’t have any kind of fires whatsoever. And not because we want to be out there issuing tickets and causing trouble. We’re doing it for public safety. It’s an important thing to be very, very careful right now,” says Buckingham.

Since then, fire bans have also been implemented as of Wednesday, April 20th, for the Rural Municipality of Mervin, No. 499 as well as for the town of Lashburn by the local Fire Department.

“Discarding of smoking materials has always been a problem. When you’re driving down the road and somebody discards that smoking material out the window, those types of things can cause fires very, very quickly. Anytime you can exercise caution when it comes to this, we recommend it for sure.”

Buckingham says these bans are becoming the norm at this time of year in the area.