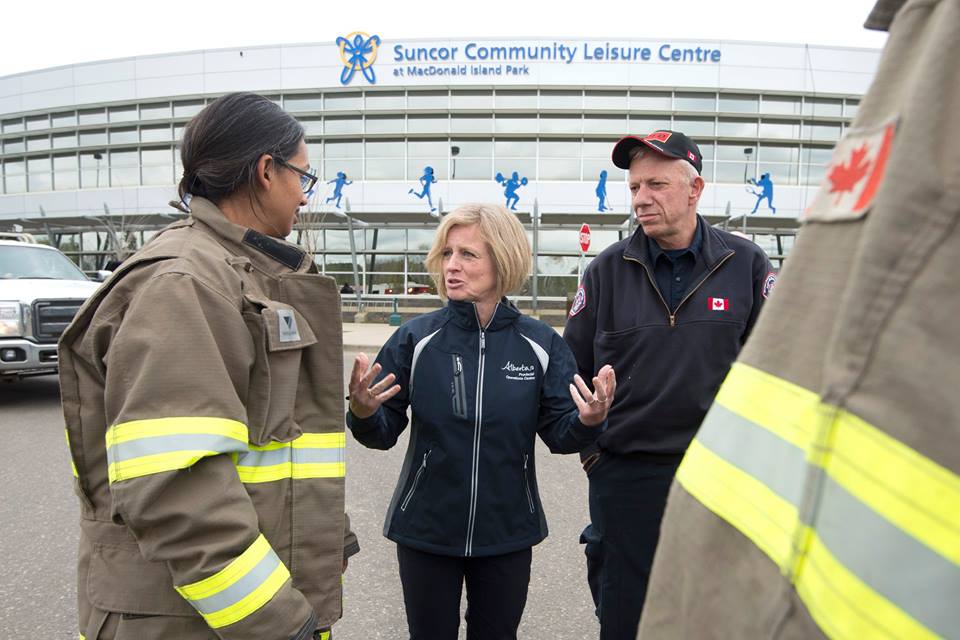 Premier Rachel Notley now says 2,400 structures have been lost to the fire in Fort McMurray, along with 12 in Anzac.

On the other hand, 25,000 structures have been saved, including all critical infrastructure like the hospital, municipal buildings, and every school in the community. After touring the destruction, Notley praised the firefighters who protected the city.

“The city was surrounded by an ocean of fire only a few days ago, but Fort McMurray and the surrounding communities have been saved, and they will be rebuilt.”

There are more than 700 firefighters currently on the ground, with another 300 on the way. The fire is still 25 to 30 kilometres away from the Saskatchewan border.

While the blaze has grown to 204,000 hectares, it’s spreading to the east, away from communities. Fire Chief Darby Allen says its rate of growth has been unprecedented, and nothing more could have been done to protect the city.

“The fire conditions and the way the fire behaved, no one’s ever seen anything like this. Darren, who’s been running operations, said this is rewriting the book – the way this thing happened, the way it travelled, the way it behaved – so they’re rewriting their formulas on how fires behave based on this fire.”

Officials expect to have a timeline for Fort McMurray residents to return home within two weeks. Mayor Melissa Blake was part of the tour with the premier Monday, and while she says almost 90 per cent of the city is still standing, there’s destruction inside neighbourhoods.

Notley says almost 90,000 people have registered with the Red Cross. She warns residents not to make the four hour trip north only to be turned away by RCMP. There are still large areas without power, gas, or water.