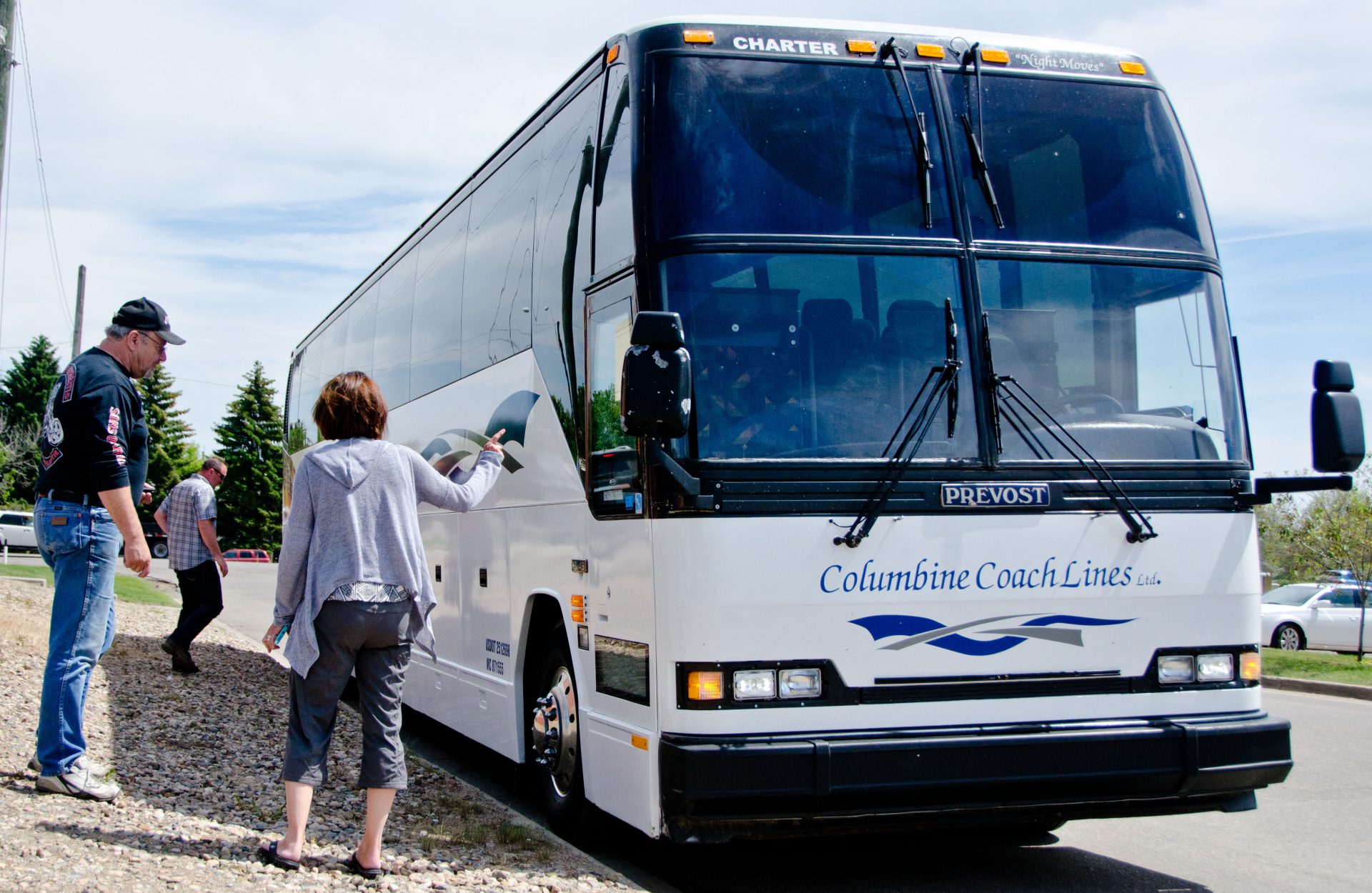 Police in the Border City recovered a runaway bus along 39 Street in Lloydminster on Tuesday afternoon.

The bus was reported as stolen in the mid-afternoon by its owner, Milt Columbine, after it was taken from the parking lot of the Cora’s restaurant in the south-central area of the city. Columbine is the owner of his own charter coach bus company, which operates six vehicles in Lloydminster. The bus taken from the lot today is the one used by the Lloydminster Bobcats on a regular basis.

Columbine told 106.1 The Goat he was having lunch at the restaurant when a friend asked him where his bus was going. He then left the building to see the back of the bus slowly rolling away.

“I thought it was just somebody just playing a trick,” said Columbine.

“I went outside, couldn’t see it, and a few minutes later it came around the block again, and the second time it disappeared.”

Columbine then called around to those who would know how to work the bus, and figured out it was not a trick being played.

“It was a kind of a blur, trying to figure out what was going on and why,” said Columbine.

According to Columbine, the police were surprised at the unusual vehicle theft, but located the bus within the hour. It was stopped by police along 39 Street, near Tasty K’s.

“It didn’t take them long to find it,” said Columbine.

“Like I said, it stands out like a sore thumb, but there’s no damage to it, so it’s all good.”

No injuries were reported as a result of the theft, and the man at the wheel of the stolen bus was taken into police custody. Due to the incident being a mental health matter, the name of the man is not being disclosed by the police. However, Columbine did say he used to work for his company.

“Somebody’s life is going to be changed because of this,” said Columbine.

“He got himself into more trouble, that he didn’t need.”

Columbine said he was relieved no one was injured during the theft, and that no damage came to the vehicle. As for any future thefts of his property, he kept things light.

“Maybe I’ll bring one that I don’t like next time, and they can have it, but I kind of like this one,” said Columbine.