Accident on Highway 16 under investigation 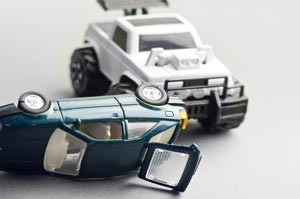 Emergency services attended the scene of a crash on Monday afternoon.

At approximately 12:20 p.m., June 20, Maidstone RCMP was dispatched to the site of the collision, which involved an older model black Ford Mustang and a semi with a tanker-trailer.

The collision occurred at the west Lashburn exit on Highway 16, in the westbound lane. The Mustang reportedly sustained serious damage and ended up partially in the median ditch.

Lashburn Fire Dept, Lloydminster Rescue Squad, the Department of Transportation, and WPD Ambulance all accompanied police at the scene. Highway 16 was blocked off temporarily from 12:30 to 2:45 p.m., due to debris on the roadway, and initial investigation.

The driver of the semi was uninjured and there was no risk of spill for any hazardous material as a result of the accident. The driver of the car was taken Lloydminster Hospital by ambulance with undetermined injuries.

At this time, the investigation is ongoing as the cause has yet to be determined. Police ask that anybody who might have seen the black, 2-door, 1986 Ford Mustang, prior to the collision, contact Maidstone RCMP at 306-893-4800.

The vehicle is believed to have been travelling between Maidstone and Lashburn between 12:10 and 12:20 p.m., on Highway 16 in the westbound lane.