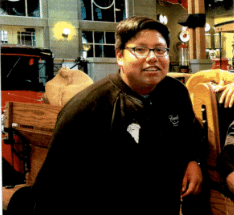 A youth is missing from Stettler, Alberta.

RCMP are asking for the public help to locate 15-year-old, Myles Eagle Plume, who was last seen upon leaving his residence on August 5, 2016.

Plume is believed to be in the Calgary area. Since the 5th of August, there has been sporadic communication from Myles but police want to confirm his whereabouts and ensure his safety.

Myles Plume is described as aboriginal, 6-foot-2, 260 pounds, with shaggy hair, and he wears glasses. If you know the whereabouts of Plume, contact the Stettler RCMP at 403-742-3382