Unemployment rates rise on Alberta side of the border 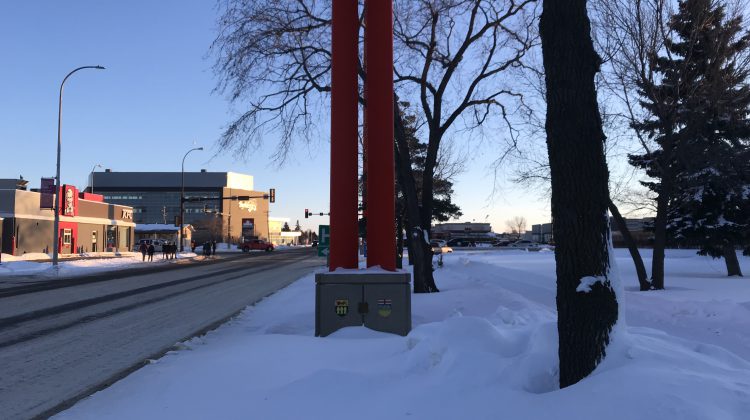 The border markers during the winter. (Tre Lopushinsky, 106.1 The Goat)

Unemployment rates in the Border City only saw a change on one side as Alberta saw a loss in jobs last month. Despite the jobless rate increase, the Alberta side sits more than one full percentage points less than the Saskatchewan side.

The Alberta economic region of Camrose-Drumheller saw its unemployment rate rise to 4.2 per cent last month from 3.7 per cent in November. That rate is not adjusted for seasonal employment. After almost half a year of hiring more than other areas in Alberta, the region sits two points higher than the Lethbridge-Medicine region which saw an almost ten full percentage point increase last month.

Across the border, the Prince Albert and Northern region in Saskatchewan continues to sit at 5.7 per cent, unadjusted for seasonality. The unemployment rate comes after the region found more jobs in November dropping slightly from the previous month. The region has had the highest unemployment rate in the province for the past eight months.

Nationally, employment increased by 25,000 in December due to gains in full-time work. The unemployment rate fell0.3 per cent to 5.6 per cent last month.