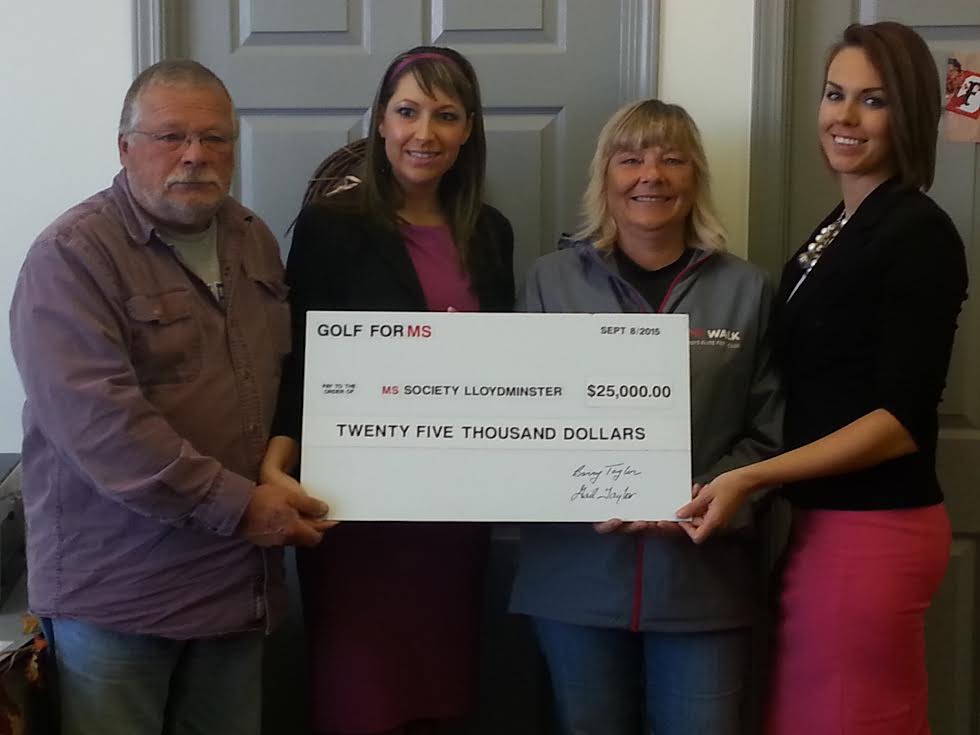 The MS Society has accepted their final donation from the annual MS Walk.

Yesterday, Gail Taylor gave the society a check for $25,000 that she raised at her 5th annual golf tournament in Loon Lake, held on June 20th.

Taylor says she was happy with the amount she raised.

“This year we were down approximately $12,000 compared to last year, but due the economics of where we are right now, we were really surprised we [raised that much],” Taylor said. “We only had 72 golfers, so we did really well.”

Taylor also says that the golf tournament has become very popular since its start.

“Word of mouth got out there, and we have people that step up and say ‘Yeah, we’d like to sponsor,’ ‘Make sure we get in’, and people that couldn’t get in this year that have always been in are so scared that they won’t get in next year. It’s kind of ballooned, and some people say ‘Make it bigger’, and we [say] ‘no’. It’s a good golf tournament, and you start making things bigger, it’s not always better.”

Taylor also says that the event is so popular that she’s already starting to organize next year’s tournament. The donation brings the MS Society’s fundraising totals to over $188,000, a slight drop from last year’s record-setting $200,000.