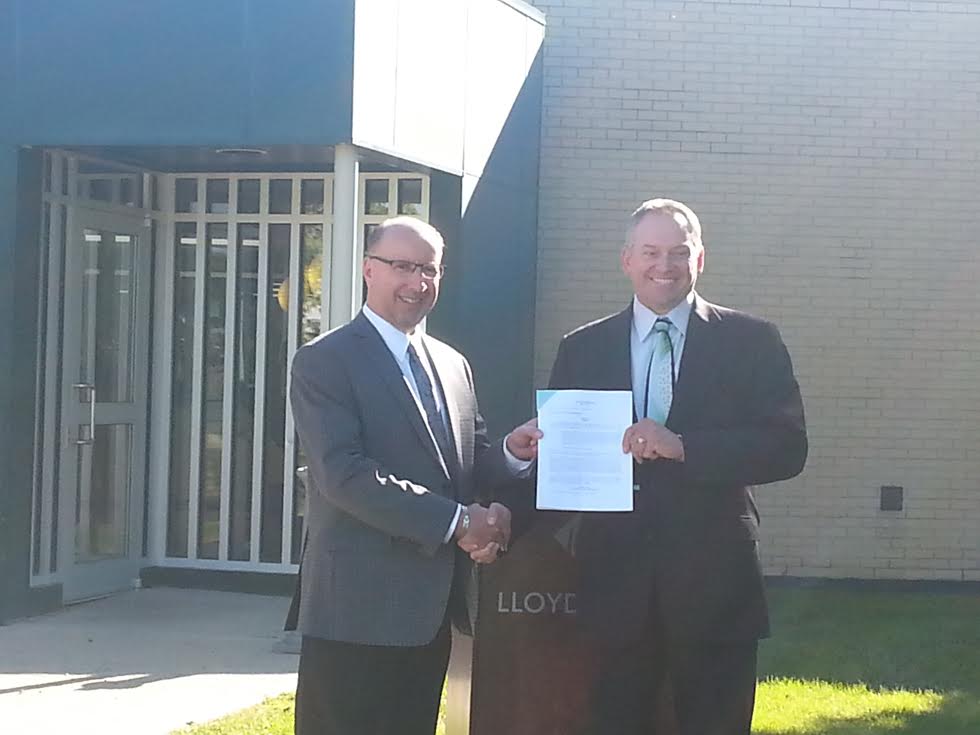 The Lloydminster Community Youth Centre has a new home.

The organization has purchased the old RCMP detachment from the city for $1, which allows them to move out of the St. John’s Minster Church, into a much bigger space.

President of the centre Les Hanson said the extra space allows them to sub-let half of the building to other tenants.

“Using half the facility for our own purposes – I think it’s something like six times the space that we currently have,” Hanson said. “So we don’t need the entire facility at this point. Part of the beauty that works for us is we’re going to be able to go out and generate some revenue from the second half of the building… which will be a case of generating the revenue we need to make it a sustainable facility, not just today, but down the road, because we don’t have any core funding, so if we don’t have a facility cost per se, because it’s supporting itself, all our fundraising goes towards programming.”

Inspector Suki Manj was on hand for the ceremony in which the city signed over the facility. Manj worked in the old detachment before opening the new RCMP detachment last October. He says the building serves well as a youth centre.

“I was talking to the director Les [Hanson], and he was telling me what their plans [are] and I think it’s wonderful,” Manj said. “It’s a large area for the amount of people that they’ll have in there for now, and I think their plan of expansion and having that possibility is very positive for them… I think there could have been a lot of uses for this building, but a place for the youth to be – there’s parks and a school nearby. You could do a lot of different things out here.”

The old detachment will undergo renovations, such as painting and new carpeting, before the organization moves in.