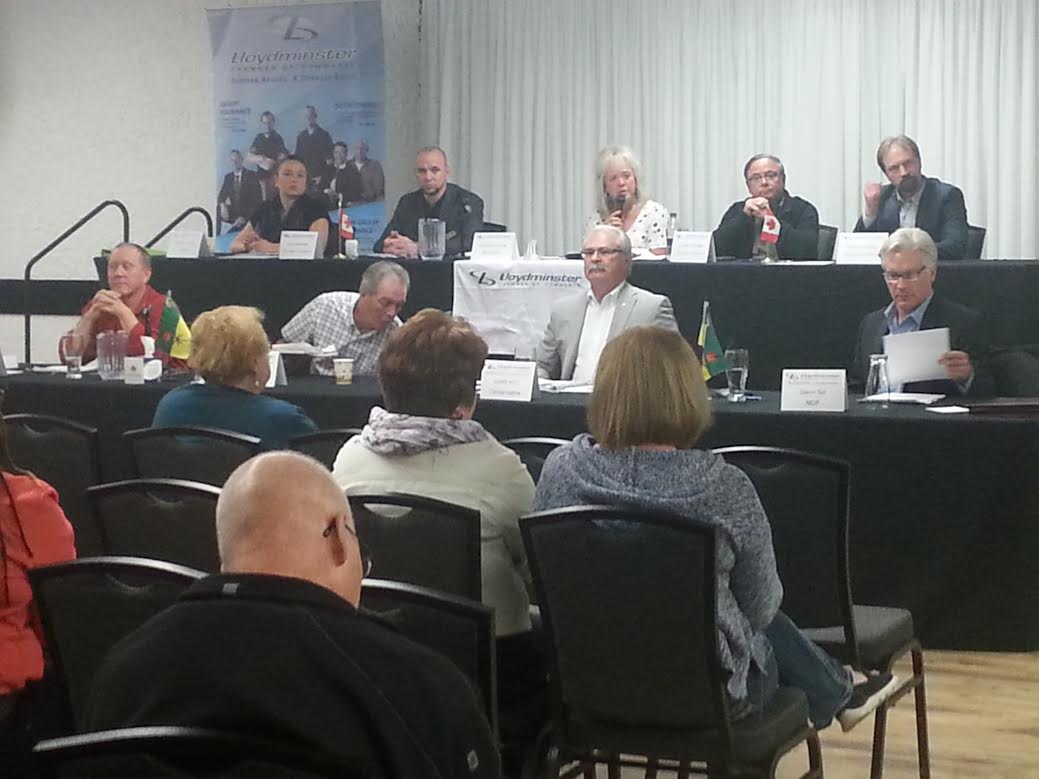 The Chamber of Commerce’s Battlefords-Lloydminster all-candidates forum has been deemed a success.

The forum was held in the Civic Centre on Wednesday, October 7, and candidates from all three federal parties attended, including incumbent Gerry Ritz with the Conservative Party, Glenn Tait with the NDP, Larry Ingram with the Liberal Party, and independent candidate Doug Anguish.

One of the main concerns in the forum was pipelines, and Conservative Party candidate Gerry Ritz says his party is committed to expanding the pipeline system.

“Pipelines are the answer, there’s no doubt about it,” Ritz said. “It’s the most effective [and] efficient way to move our product. We’ve got product, we’ve got customers, we just need to connect the dots. We have to get around some of the processes that dragged on forever, Mackenzie Valley pipeline being the poster child for that. We now have a new environmental process that works in conjunction with the province of record, so there’s no gaps or overlaps, but no redundancies either. Anybody making an application will get a response within two years, it used to go on indefinitely. We’ve made some significant changes, that actually will benefit the environment, but still get the job done.”

NDP candidate Glenn Tait says he also supports pipelines, and will work to shake the stigma that his party is anti-oil.

“That stigma is created basically by the Conservative Party, and it’s absolutely untrue,” Tait said. “We are in favour of development. We know there’s oil here, we know people demand oil, and we want to produce that oil safely with regard to the environment. We are not standing in the way of any particular pipeline, but we will enforce environmental regulations. We want a secure pipeline, a safe pipeline, with great respect to the enviroment, but we do want to pursue production.”

Liberal Party candidate Larry Ingram says the prairies are a “tough sell” for his party, and that the youth vote is the key to winning the riding.

“I’m really going to keep on pushing on getting people under the 40, under the 50 years old to get involved and get voting,” Ingram said. “The fact is we could have been voting right up until the 13th of October, in North Battleford, but the elections office is in North Battleford and so people don’t want to drive there… What we have to do is we have to get engaged.”