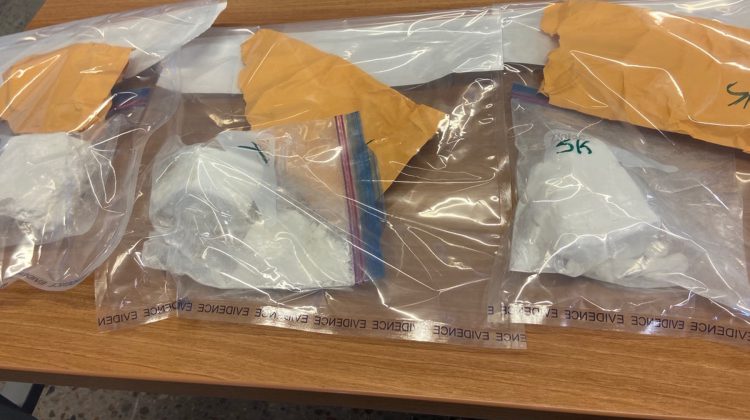 Cocaine seized during a traffic stop on Highway 16 outside of Maidstone. (Photo: RCMP)

A Prince George man is facing charges for drug trafficking after a vehicle inspection outside of Maidstone.

On January 7, the RCMP’s Roving Traffic Unit stopped a vehicle headed eastbound on Highway 16 for a smashed windshield.

After an investigation, Mounties found 526 grams of cocaine inside the vehicle. Karl Ericson was arrested and charged with possession of cocaine for the purpose of trafficking.

The 55-year-old will appear in Lloydminster Provincial Court on March 24.