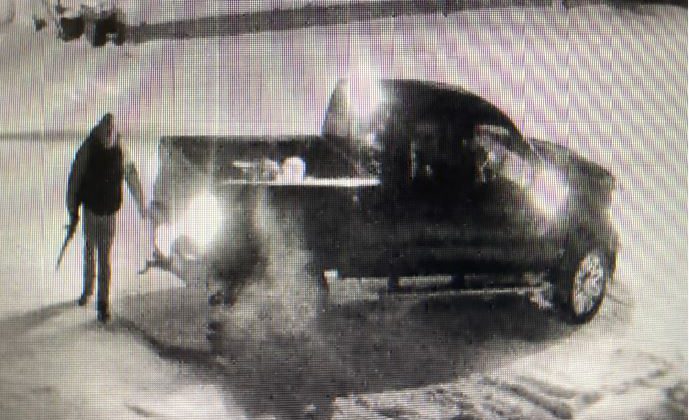 Vermilion RCMP are investigating an attempted robbery and are looking for the man or truck in the photo. (Photo submitted by: RCMP)

Vermilion RCMP are searching for a man and truck involved in an attempted robbery of a hotel in Innisfree.

In the early morning of January 18, RCMP was called to investigate the incident. The investigation found a masked man carrying what they believe was a .22 rifle entered the closed hotel and fired two shots. A hotel employee attempted to stop the man and both ended up in a struggle outside.

The man then fled to a new black Ford F350 truck. RCMP say a woman was seen inside the truck. No one was injured and the suspect left with no money.

Vermilion RCMP continue to investigate but have not found the truck. Mounties are looking for surveillance footage of 51 Street and 50 Avenue area or any information on the incident.