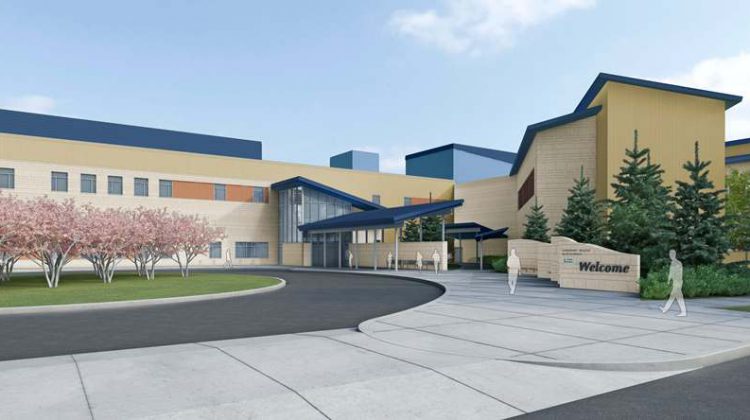 The Saskatchewan NDP is questioning the province after obtaining information showing concerns about the roof design at the Saskatchewan Hospital in North Battleford days after the hospital opened.

The opposition New Democrats acquired several documents through Freedom of Information related to the water damage and structural concerns. Days after opening, both SaskBuilds and the Saskatchewan Health Authority received reports of roof leaks.

The hospital has been plagued with problems since its opening including wall insulation needing to be replaced and high copper and lead levels being found in the water.

“There’s been a number of problems with that hospital and we’re waiting to see the full accounting of all the problems and exactly what the cost implications of that are,” says Opposition Leader Ryan Meili.

One of the documents identified the roof leaking problem as a “significant failure” in the modular roofing panels and as a result, the entire roof requires a full replacement.

Meili says another problem is a lot of the information has been redacted which identified other problems but the details haven’t been released.

“To me that says there are even more problems than what has been leaked out so far. None of these problems has been proactively shared by the government. It’s only been coming to light because people have been coming to us to tell the story.”

He calls for more transparency from the government and more support of local contractors for big government projects.

“The majority of big expenditures from this government have gone to out-of-province and out-of-country companies which means we’re building our hospitals, schools, roads, power plants with our tax dollars and we’re not using our companies and our workers.”

The $407 million project is a partnership between the Ministries of Health, Corrections and Policing and Central Services as well as the SHA and SaskBuilds.

Mylloydminsternow.com reached out to the Government of Saskatchewan for comment but did not receive a reply by the time of publishing.