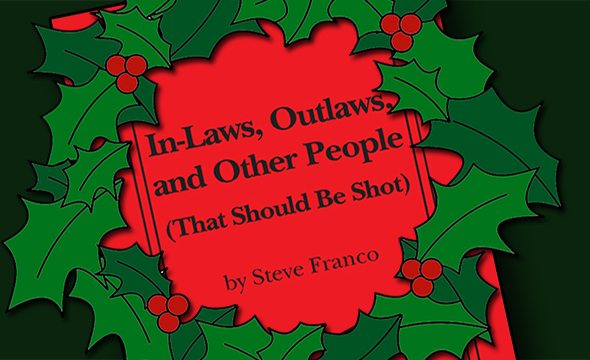 The Lloydminster Comprehensive High School’s Drama Club is putting on a Christmas play.

The play is titled In-laws, Outlaws, and Other People (That Should Be Shot), and will be running Tuesday, December 8, to Friday, December 11 at the school.

“It just focuses around this big family gathering, your typical Christmas Eve dinner,” Stang said. “But then two burglars who have just robbed a liquor store come and hold the family hostage to hide out from the cops, and from there the hilarity ensues, because the family is kind of quirky, as most families are. I always say it’s kind of like Home Alone meets Griswold’s [Christmas Vacation].”

Megan Hawryluk and Quinn Melrose-Wyatt are two of the actors in the play. They say the play will appeal to everyone.

“My sister was helping me read lines today, just to practice them, and she got to one part where she just couldn’t stop laughing,” Hawryluk said. “It’s funny for all ages.”

“There’s a lot of really strong characters in the play,” said Melrose-Wyatt. “Our accents, the voices we do, the way our lines are delivered, it’s just really funny.”