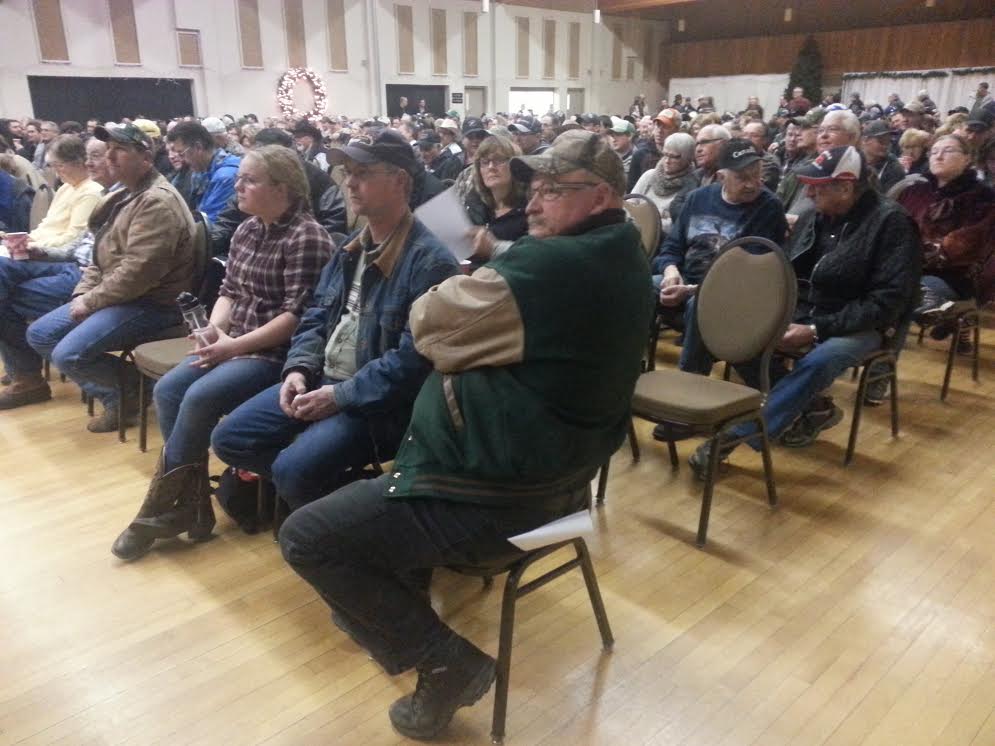 The government held a public consultation on Tuesday, December 8, in Vegreville over the bill, which proposes safety regulations for farm workers. Ministers Lori Sigurdson and Deron  Bilous, as well as Fort Saskatchewan-Vegreville MLA Jessica Littlewood fielded questions and heard comments from farmers at the meeting.

Sigurdson says that the bill is meant to benefit workers.

“We want everybody to know that we know that the farming and ranching sector is unique and we respect the uniqueness of it,” Sigurdson said. “Yesterday we made an ammendment to show that family members, whether they’re paid or unpaid are exempt from [Workers’ Compensation Board] and Occupational Health and Safety, and this is really about paid farm workers to ensure that they have the same rights and protections as any other worker in Alberta.”

The comments heard by the hosts were mostly negative, from people who were worried the bill would impose extra costs on them, and interfere with they way they run their business. Many of the farmers also said they were insulted that the government decided not to consult with them before drafting the legislation. The tone of the meeting took a turn for the worse, when attendees heard that the government had served notice of time allocation in the legislature, meaning that debate on the bill will be limited.

Vermilion-Lloydminster MLA Richard Starke was at the consultation. He says the decision to serve notice of time allocation shows that the government has misplaced priorities.

“It gives a sign that, for the NDP government, Christmas holidays [are] more important than properly crafting legislation and listening to the people,” Starke said. “I know Christmas is coming, we’re all well aware of that, but quite frankly, my colleagues and I are quite prepared to sit right through Christmas, and into January and February if that’s what it takes to make this bill the right sort of thing. More correctly would be for this government to stop the bill, take a step back, do what these folks are asking for, and that is actually to listen to them.”

Many farmers at the meeting also signed a petition, which they hope will stop the government from passing the legislation.

On Wednesday, December 9, the government invoked closure on the second reading of the bill, defeating all ammendments, and moving to the committee stage.