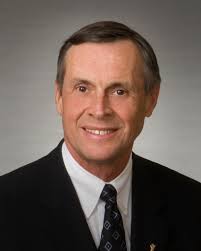 “They’re doing a good job,” Morgan said. “[There has been] great progress made on the graduation rate. We’ve got a sector plan all across the province, this is one of the divisions that’s really embraced that and moved forward with it, so they’re getting some really positive results.”

However, Morgan says that while there were some positives, the division also had a concern.

“We’re going into what’s going to be a difficult budget, so they are concerned how it will impact them,” Morgan said. “One of the specific issues they raised was preventative maintenance and repair on school buildings. In Saskatchewan we have 750 schools, [and] a lot of them are 60-80 years old, and no difference here. These buildings are at the end of their life cycle, so we’ve gotta make sure that we’re doing things that will maintain rooms, maintain heating systems, so the kids have got a safe, secure environment to learn in.”

Morgan says he will evaluate what each school division in the province needs, and put out a preventative maintenance line item in the next provincial budget.