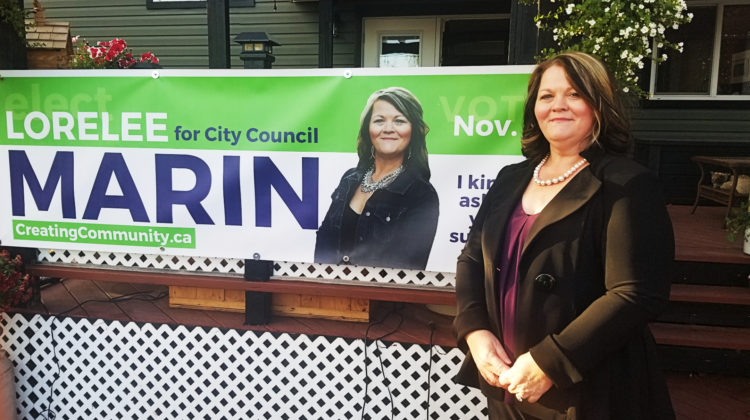 After living in Lloydminster for over 20 years, Lorelee Marin believes now is the best time to find a place on city council.

Marin has a financial background spending many years as a mortgage lender and has previously managed budgets and plans with the Regina chapter of the Mortgage Loans Association of Saskatchewan. Currently, she works in mental health and addiction as the lead in prevention and promotion for Project Sunrise.

“I think it’s natural for me, at this stage in my life when my kids are grown and everyone is doing well, to say now is the time to invest in this way into community.”

Marin says she doesn’t have a particular issue that has her focus, but is interested in pursuing economic development in the city.

“Really promoting shop local and investment into our community; making sure businesses know that if they set up shop here that this is a great community for their employees to live in and that business will be supported.”

She says she would also like to create a better sense of community within Lloydminster and connect people with their neighbours.

“We know it reduces crime and that it promotes wellness. In times of disaster like the pandemic, we are better connected and can respond more quickly. One of my dreams would be as a community we’re working together and creating that better connection.”

She’s also spent time working with the city as part of the Lloydminster and Area Drug Strategy and other Lloydminster youth focused initiatives.

“We worked together when cannabis was being legalized and understanding what the city’s responsibilities could be, how we can reduce harms associated with that. Tobacco, vaping, alcohol, all of those things that we really want to create a harm reduction model in our community.”

As a councillor, she says she would also like to engage with youth in Lloydminster and raise their interest in municipal government. Residents can contact Marin through social media and set-up socially-distanced coffee chats or zoom meetings.

The municipal election is November 9th. Nominations for mayor, city council or a position on either of the city’s school board close on October 7th.