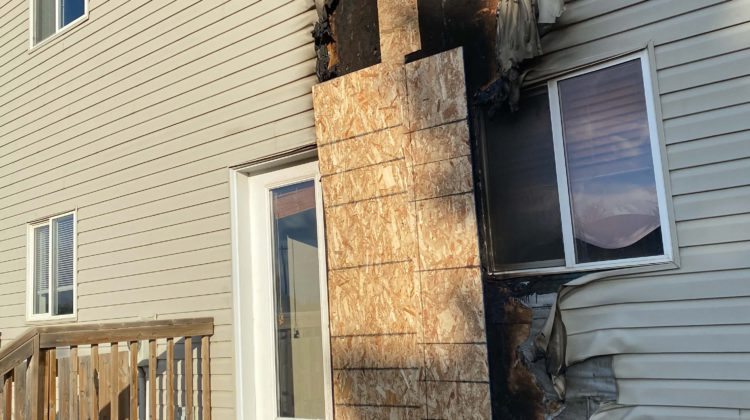 A Vermilion RCMP officer is being praised after helping a family escape a blaze at their home.

Around 3:30 AM October 8th, an officer was alerted by a driver in the 51 Street area of a fire at the back of a townhouse. The driver told the officer he had been attempting to call 9-1-1 when they arrived.

The officer rushed to the front entrance of the unit, waking up the family of four sleeping inside, and helping with evacuations of surrounding homes before fire crews arrived. People living in four adjacent townhouses were also evacuated. No one was injured.

“The quick action of our officer saved lives on this early morning,” says Corporal Mike Dunsmore, Vermilion RCMP. “We are thankful no one was injured as the fire could have reached the roof and affected other units in the complex.”

Vermilion Fire Services put out the blaze, which was determined to have been caused by an electrical source failure.