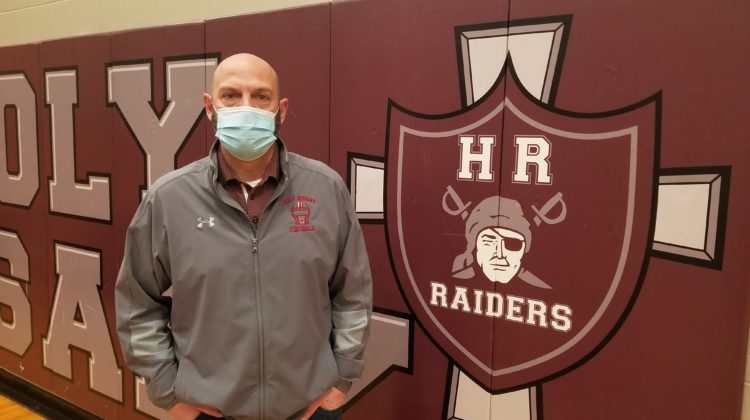 The head coach for the Holy Rosary Raiders is being recognized for his continued hard work in keeping the team active in 2020.

Vince Orieux received an Award of Merit for his work in trying to run practices as close to normal as possible and securing two games for the Raiders against the Notre Dame Cougars in Red Deer before the season ended.

“My name is on it but it’s really a reflection of everybody on the coaching staff. It was the kids that sent in the nominations. From what I understand, there was over 20 kids that sent in emails and nominations. It’s nice that they recognize the effort that gets put in by the adults here to provide them with athletics.”

Due to the pandemic putting a stop to the regular football season, Football Alberta decided to change their annual coaches and officials awards. The sports organization recognized 19 people with an Award of Merit. They say the individuals went above and beyond in creating a meaningful football experiences with their teams while following the public health guidelines.

Football Alberta also recognized Orieux’s work as the principal of the school in trying to keep a safe community for his students.

“You have to lead by example. If I want other adults to take the lead, in not just athletics but the arts and other programs that we offer, then I can’t just say it and not do it. It’s rewarding to me to see the kids benefit from it.”

Orieux says he will continue to work on building a successful program and commends his student-athletes on all the work they put into the team.