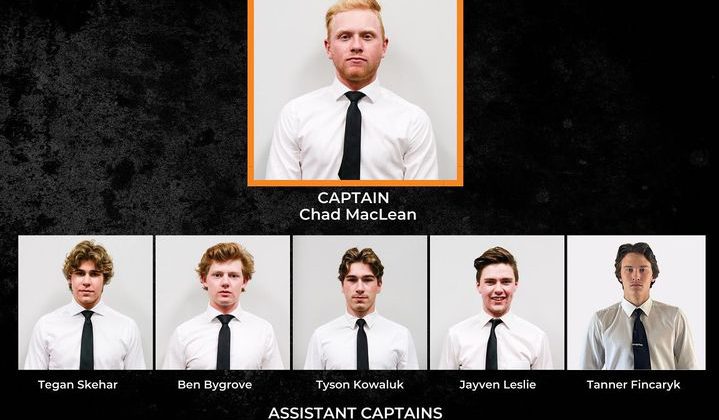 Four days to go to the season opener in the Border City barn and the Lloydminster Bobcats are introducing their leadership group and team captain for 2021-22.

Donning the Captain’s C in his third season with the team is Calgary native Chad MacLean who was previously Assistant Captain.

The Bobcats are tuning up to skate off in Bonnyville on Friday before bringing it home for the barn raiser this Saturday.