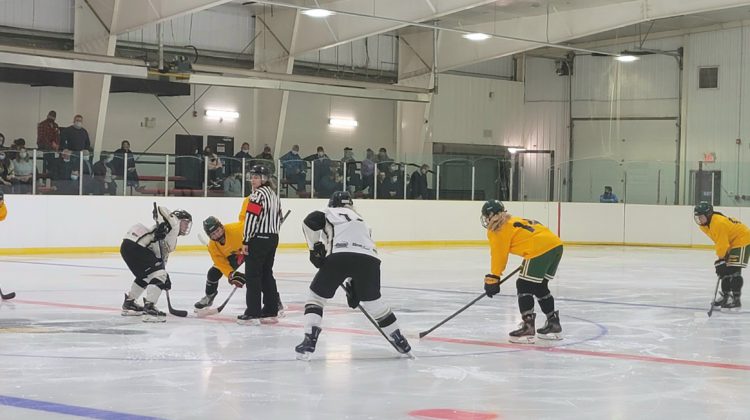 The City says a new ice making system at the Russ Robertson Arena will cut the bills and reduce the environmental footprint.

The Russ Robertson rink now has a REALice floodwater system which the City says has annual savings of $3,600 with reduced carbon emissions.

Officials cite the REALice calculator as showing a natural gas usage reduction of 142 Gigajoules and electricity cut by 28,000 kWh annually.

Mayor Gerald Aalbers spoke about the advantages of the new system.

“Traditionally, the Zamboni floods with hot water, which you can imagine the energy consumption it takes to heat water. This device will allow our staff to use basically tap run water. It de-airates the water, so that is able to freeze faster. And that’s why they are able to use it. So it’s a great invention, which is a cost saver.”

The City says the new floodwater system is partly funded by the Municipal Climate Change Action Centre’s REC program, with a 75 per cent rebate on the cost of the project.

“So the cost was $37,000. We will get 75 per cent of that back. And basically 2.5 years pay back to the city, to cover our costs and after that, it’s pure savings. So again, an initiative that has been taken to try and enhance the quality of the environment, while continuing to improve the quality of the ice surface at the Russ Robertson.”

Aalbers said they will start with the rink at Russ Robertson, before deploying the new ice maker at other surfaces.

The REALice system has a lifespan of approximately 25 years.