Stay in your lane 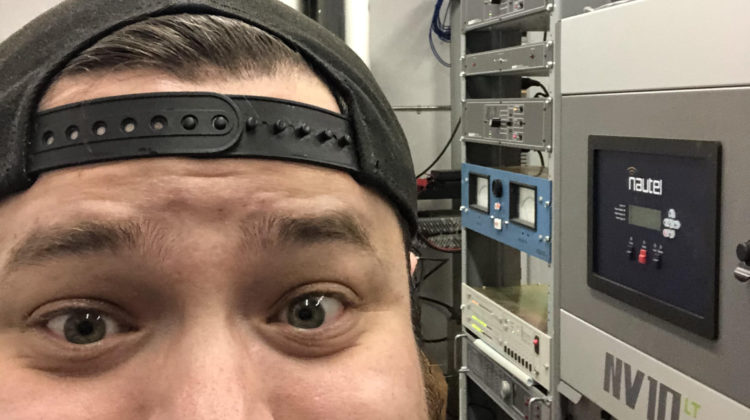 I was asked to help our Engineer at one of our transmitter sites. All I did was take selfies and ask him what he was doing? 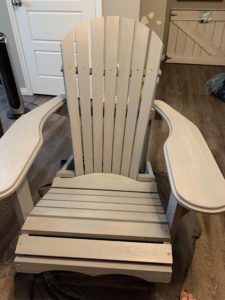 I would have preferred to buy these chairs pre-fab. My lady however, wanted to save money AND choose the stain colour. Two summers later, they’re all done!

Growing up I was always taught that as a dude, I should be able to build and fix stuff and take care of those kinds of things.  Well, apologies to my Step-Dad(s)  but…I’m a “call someone“, kinda dude. I’m not good at fixing things, I’m not good at building stuff…I’d rather leave that to the professionals/hobbyists. Get it done right the first time so I’m not piddling around trying to fix my own disastrous projects. Am I ever self-conscious about my lack of handy skills? Sure, sometimes. Am I ashamed that I can’t change my own oil or hook up a toilet? NAH. Have I ever felt like “less of a man” because I’ve never wired a light switch? NEVER. I know where my skills lay and it’s certainly not in those areas. 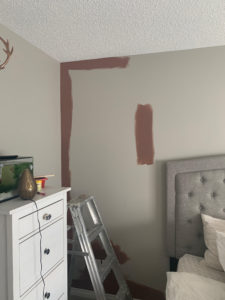 My Lady took it upon herself to paint a feature wall in the bedroom. My only task for this job, moving the bed!

I’m a FIRM believer in “staying in your lane“; do what you do well and leave the rest to others.  Be who YOU are, not who other’s WANT you to be. If someone’s idea of “manliness” is how well you rebuilt a carburettor, that says more about THEM than YOU.   You don’t see Tom Brady out there taking reps at receiver because that’s not what made him a legend. He’s a quarterback, he quarterback’s real good…why would he bother with the rest? He understands the other positions on the team, I’m sure he’s taken a few goofy reps at linebacker or something in his career but when it comes to gameday he is a QUARTERBACK!  Brady stayed in his lane and now he’s a SIX TIME SUPER BOWL CHAMPION…I’m certainly not Tom Brady but I am VERY comfortable admitting what I’m not good at ie. handy stuff.