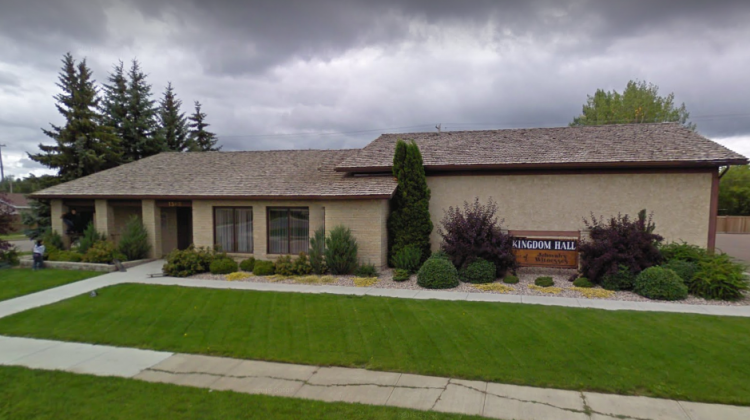 The Jehovah's Witness Kingdom Hall in Lloydminster recently received some upgrades to the heating system. (Photo submitted by: Google Maps)

Volunteers from across both provinces have finished renovations to the Kingdom Hall of Jehovah’s Witnesses in Lloydminster.

Groups of volunteers have spent the past two months modernizing the building which was built in 1984. The lighting and heating system in the building have been replaced to make it more energy-efficient.

Regional Spokesperson for the Jehovah’s Witnesses of Canada, Brad Pramberg says the building was starting to show its age both on the inside and the outside.

“There was some updating to the paint and the interior decorations but the big thing was changing the heating ducts and getting the HVAC system up to today’s standards.”

Pramberg says all kingdom halls in Canada and the United States will be getting renovations to make them more energy-efficient. He says members will be back in the hall in a week or two after the building receives a final inspection.

“They are pretty excited because it reflects well upon our Creator Jehovah and our local congregation of Jehova’s Witnesses.”

Pramberg says he’s happy with the finished product and the upgrades make the building fit well within the neighbourhood.

The project was funded entirely by donations. The Lloydminster congregation provides 176 people from the surrounding areas including Onion Lake Cree Nation, Islay and Lashburn.