Lloydminster youth reconnect with mentors with “Be the Light” 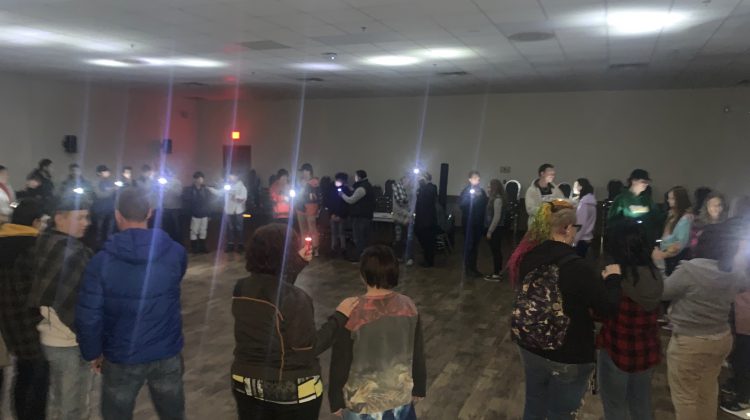 Youths and adults take part in the "Be the Light" mentoring program. (Tre Lopushinsky, MyLloydminsterNow.com staff)

A Lloydminster Public School program is looking to help students grow by reconnecting them with parents and mentors.

Grade 8 E.S. Laird students took part in a program called “Be the Light.” The program is organized by teacher Cheryl Holtby who says the connections made will have a great impact on the youths.

“It reunites our youth with a mentor or someone called their ‘light,’ the person that lights up when they see them or someone they go to when times are dark.”

The students engage in one-on-one conversations with their mentor for most of the program to try and build the connection between the two. Holtby explained that she often hears from her students how their parents are distracted by smartphones during conversations and vice versa.

“It’s so honouring when someone takes the time to totally listen to you and not be on their phone and not be distracted.”

Another aspect of the program is the “power word.” The youths choose a word hashtag that holds some meaning to them and shares it with their mentor.

“Research shows that if our youth have just one person that believes in them and will back them up their chances of success increase astronomically.”

The program started out as a pilot project last April but had an immediate impact. Holtby wanted to bring the program to all three public middle schools in the city within a year. She says it took them three weeks to reach that goal.

“I had teachers from other schools come and they saw the value. We’ve had requests to go to other places but I’m tied to a classroom so it’s difficult to do that.”

Holtby says it’s not a one time deal and students will have to follow through continuing conversations for the next six weeks.

“They are our future leaders. We need them to feel comfortable in the world. We need them to be connected and be able to have conversations not on the phone and I think that’s what we’re missing.”

She says she’s been approached to expand the program and hopes to offer it outside of school hours in the future.