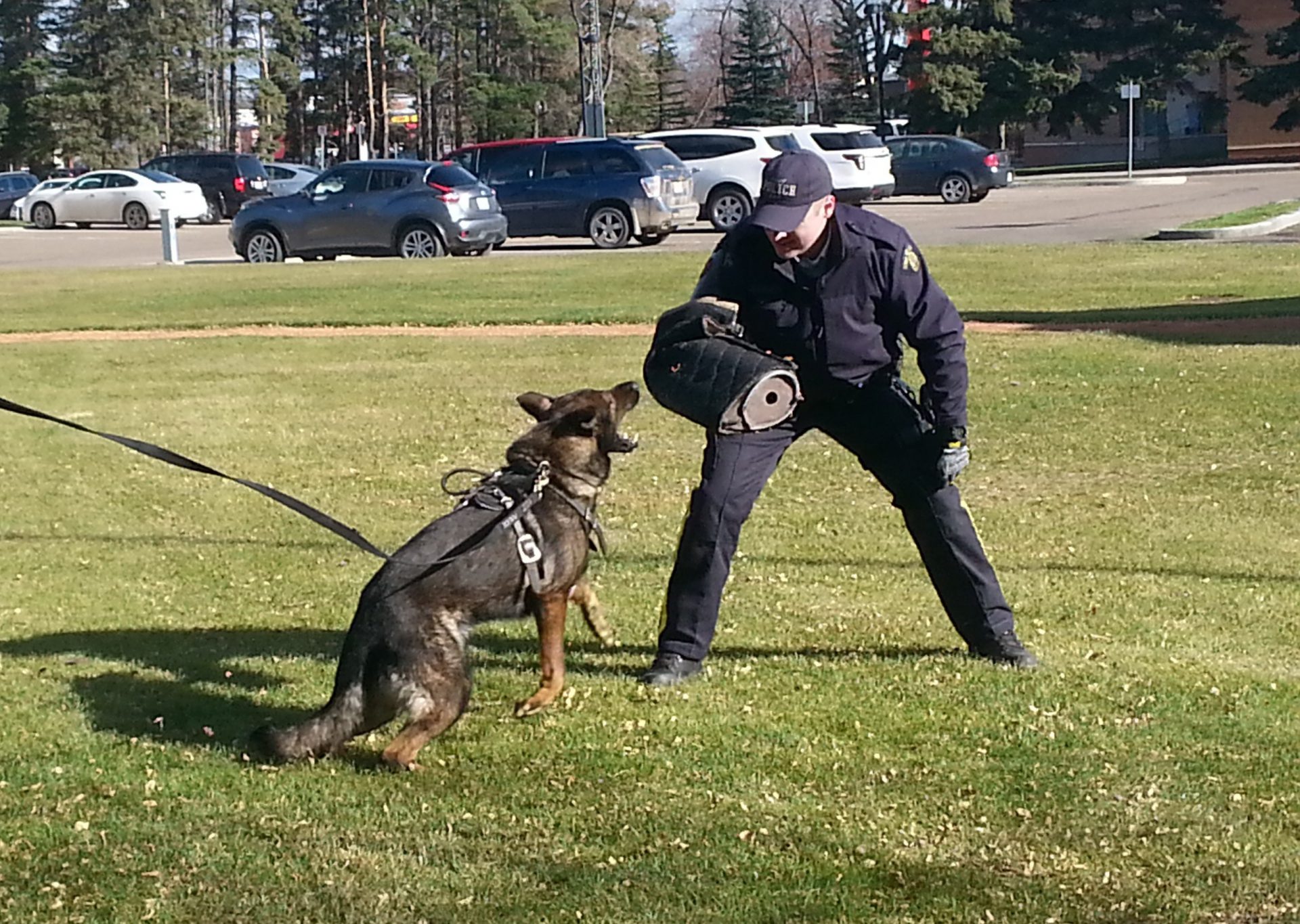 Lloydminster RCMP are spotlighting a special member of the force.

Drax, the Detachment’s 4-year-old purebred german shepherd of police dog services has been a helping the squad for the past 3 years. Basic duties for the local canine officer include tracking people, detecting narcotics or explosives, and criminal apprehension.

Police dogs like Drax start training at about 10 weeks of age. They’re then sent to the Police Dog Training Centre in Innisfail, Alberta by 16 months old, where both dog and handler must go on a 6-month course and together complete all course objectives, as a team. If one of the teammates fails, both must start from scratch.

“I think I have the greatest job in the world just because I get to work with a dog all day, and I have a partner with me all the time,” says Drax’s keeper and handler, Constable Mark Freeman. “We have a great relationship. He actually lives at home with me and my family so when he’s not working, he stays with us.”

According to Freeman, there are appoximately 125 similar police dog service teams across Canada, meant to enhance police response and provide back-up as needed.

Although Drax is a friendly dog, the RCMP want the public to keep their distance when Drax and his handler are conducting police business, and especially make sure to keep other dogs away they may distract Drax.

Constable Grant Kirzinger says, “A lot of people like dogs. When we see dogs, a lot of people are attracted to them. They want to spend time with them and pet them. Drax is a working dog. His goal is to find things that his handler has told him to locate or to follow a track. So when they’re out in the public, we just remind people to give them space. They’re working. Drax is focused on a goal and he’s trying to do what his handler has asked him to.”