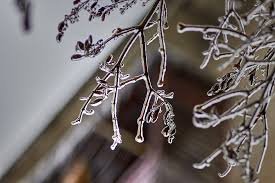 Freezing rain is occurring in central Alberta, and should continue until late Wednesday morning. As much as 5 mm of ice build-up on objects is possible in areas north of the Yellowhead highway east of Edmonton.

Surfaces such as highways, roads, walkways and parking lots will become icy, slippery and hazardous. Take extra care when walking or driving in affected areas. Slow down driving in slippery conditions. Watch for taillights ahead and maintain a safe following distance.

Damage to buildings, such as to roof shingles and windows, may occur. Loose objects may be tossed by the wind and cause injury or damage. Be prepared to adjust your driving with changing road conditions due to high winds.

WARNINGS IN EFFECT FOR: