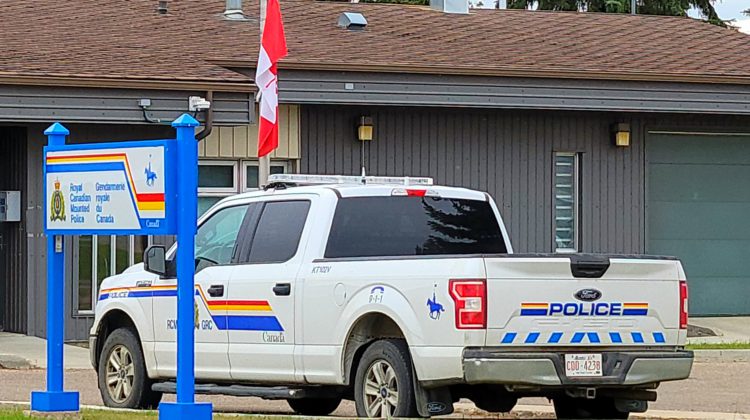 On Wednesday December 1st at about 1:10 p.m., Kitscoty RCMP, RCMP Collision Reconstructionist, Fire and EMS were called into action as 2 vehicles had collided on Highway 897 on the north side of Lea Park Bridge in the County of Vermilion River.

Investigators say a road maintenance crew was pulled over to the shoulder of the road of the south bound lane, while cleaning posts and signs. A south bound semi-tractor unit struck the maintenance vehicle from behind. The vehicles came to a stop on the bridge.

Officials say both lanes of travel were affected as emergency crews dealt with the cleanup of the scene. They note that weather and road conditions were clear at the time of the collision.

The two people in the maintenance vehicle were trapped inside and were extricated by fire crews. They sustained non-life threatening injuries. The driver, a 72-year-old, man was transported to local hospital while the passenger, a 50-year-old man was taken by STARS air ambulance to a hospital in Edmonton. The driver of the semi was not physically injured.

Traffic had to be diverted for about six hours while the investigation and clean up were completed.

Kitscoty RCMP and the RCMP Collision Reconstructionist continue to investigate and they thank the public for their patience understanding.