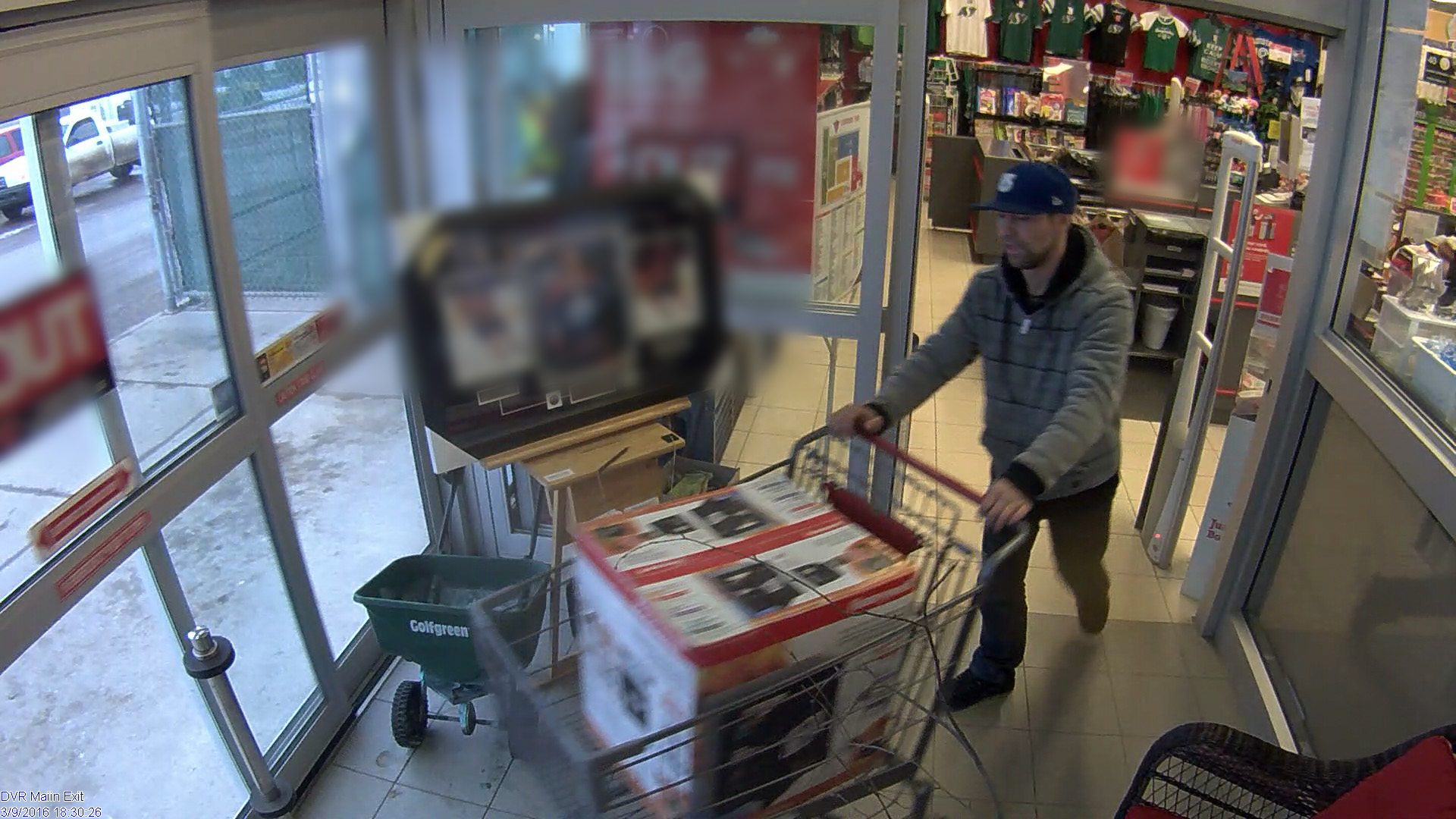 A man in North Battleford has been caught on surveillance footage stealing a safe from a business on Railway Avenue East.

Back on March 9th, a business reported to police that a safe was taken, but a fairly clear image of the man was captured on store video cameras.

Police are asking for the public’s help in identifying the adult male in the video footage stills.